Taking manual out of wealth management, Mako Fintech was built on untapped technology and pent-up market demand. What began as a compliant, online transfer agency platform has today morphed into automation architecture that can be configured for almost anyone working in wealth management.

Raphael Bouskila, the founder and president of Mako Fintech, “has always been a tech guy.” He didn’t start his career in finance though. He initially studied physics and electrical engineering at the University of Toronto, and then took up a Ph.D. at McGill University in laser engineering, wanting to make a difference in the world. Now onto his second successful startup, he’s doing just that.

After leaving academia, Raphael began working at a VC firm as a technology specialist, doing technical due diligence on various “green” startups. This was his first exposure to entrepreneurship and business management. From his position in the company, he gained invaluable experience seeing many different business plans, understanding which ones seeded, which ones didn’t, and why. A new idea started to form.

At that time, there was an obvious gap in deployment financing in the existing cleantech space. A colleague of Raphael at the VC firm had identified the same opportunity he did, and they both felt it was just too compelling not to do it. They left and started CoPower, a social impact investment firm. CoPower is where the technology for Mako Fintech was born.

Inspired by the crowdfunding movement, the CoPower vision was to bring green investments to everyone. In reality that meant building green investment products and selling these online. Because CoPower was a registered dealer and manufacturer of securities, it had a large regulatory burden to comply with. With Raphael’s technology background, he saw how much of these processes could be automated. Everything from filings, and forms, to taking clients through the onboarding process. Automating investment processes online, in a cloud-first way, hadn’t been done yet at that time, and there were no systems like Mako’s present-day solution on the market that they could license. This was all taking place in the mid-2010s, and at the same time, new standards were emerging amongst global finance regulators. E-signatures had just become acceptable, and in Canada, FINTRAC had very recently published regulations on completing identity verification remotely. These new guidelines had the potential to release asset and wealth managers from their unhealthy dependence on paper and created a right-place-right-time opportunity for CoPower to build this technology.

CoPower was the first in Canada to market retail-targeted securities, using one of the new crowdfunding exemptions directly online, in a compliant way. Outside of the investment space, the technology CoPower was developing to support all of their processes wasn’t unheard of, but to be applied in that context was quite new. Just over five years later, CoPower was acquired by a major financial institution.

Even though Raph thought he’d left CoPower behind him, it just kept coming up. Investors who worked with CoPower back when Raph was running the company, often wanted to white label and license the technology platform. At the time, the answer was no because it was designed particularly for CoPower’s impact investing. But the more other wealth and investment managers brought up CoPower’s technology after the fact, the more it made sense to rebuild and repurpose it under a new name. Mako Fintech was born, and it had clients committed to the product before it was even incorporated.

Initially, the company was a registered transfer agent. From Raphael’s days at CoPower, he’d been involved with unitholder record keeping, and at first, this is what Mako was positioned to do. Raphael felt he could do a better job at servicing this market; however, it was pretty clear that more integrations into the recordkeeping system were needed. Investment managers wanted a system where the client (the investor) could complete an onboarding (KYC) form, then subscribe for an investment and have everything work automatically, including issuing the investment and updating the books of record. What was needed was an integrated system where everything could work together.

With only 3 employees at the time in a small office close to Raphael’s home, Mako set out to build this KYC feature. What they created turned out to be much more than that. The platform they’d built and its form manipulation features were so agile that the team was able to address a much larger market opportunity — wealth automation. Suddenly Mako was in a unique position, being able to automate and digitize all types of wealth management workflows and forms compliantly, and to offer this at a fraction of the cost of enterprise players who were developing similar solutions for financial institutions. Made possible by modular architecture and innovation, this position in the market was groundbreaking. New customers understood the value immediately.

Operating Under Rapid Changes and Getting Rapid Results

What began as a compliant, online transfer agency platform had morphed into automation architecture that could be configured for almost anyone working in wealth management. From there, things moved fast. When it comes to starting a company from the ground up, “the second time around is much easier,” says Raphael. “I knew exactly what I was doing, so I just did it.” Since the first day of operation in 2019, it’s been non-stop. After pivoting the product in year one, the company moved to Montreal’s first fintech hub, officially called FinTech Station. It took on a comprehensive System and Organization Controls (SOC) audit in 2020 with Deloitte. Then the pandemic hit, making Mako a remote-first company as hiring and growth exploded.

Currently, the company is focused on execution, continuously improving Mako’s product, and maintaining strong relationships with its clients and partners across Canada. What customers love most is that Mako’s team designs automation solutions around their current wealth management processes, and not the other way around. Raphael hopes that in five years Mako is at least a small part of the tremendous opportunity to bring finance out of the paper-driven dark ages. He wants to create a significant dent in making wealth management a modern, cloud-based experience, and not just here in Canada.

While automation solutions often feel like magic, Raphael says the team has been successful by focusing on client experience and product excellence. “Above all, we’re committed to delivering the best experience possible to everyone that works with us. We’re not in it for the short term, we’re not in it to make a buck, we’re really in it to bring joy to our client’s lives and allow them to have the best experience possible at their job.”

Technology and Efficiency in Wealth Management 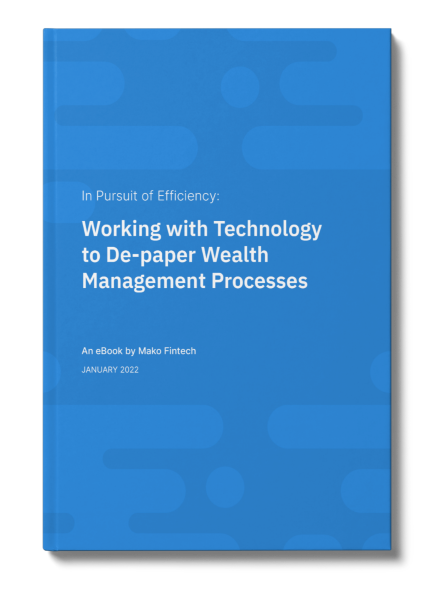 In Pursuit of Efficiency: 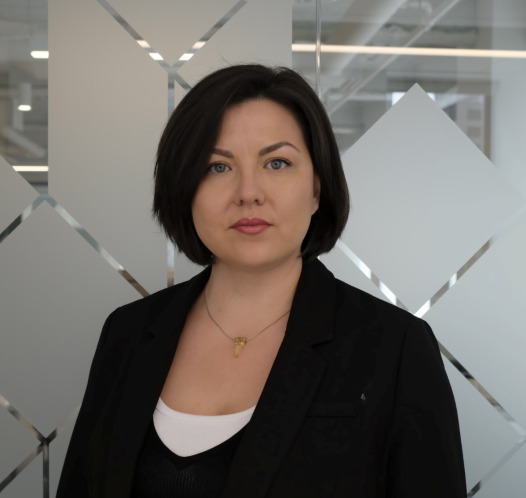 Chandal is Mako's VP of Marketing & Communications. She is a dedicated leader who has spent a decade creating recognized B2B SaaS content marketing and SEO campaigns.